skip to main | skip to sidebar

I can feel it!

We CAN do amazing things in this country. Come strip naked with me and dance in the streets. We'll march up to the White House and cheer and cheer. Do you know what we should use to get old white man smell out of carpets?
Posted by Jake at 7:17 PM 4 comments:

They shed. Boy do they shed.

Help me clean up after the tree please.
Posted by Jake at 1:04 PM No comments: 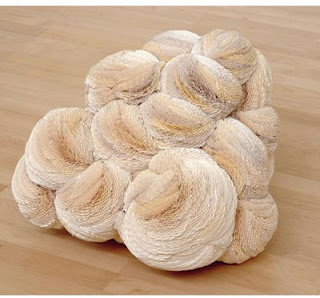 Tara Donovan is amazing. And not just because she won a 2008 McArthur genius grant. She takes the ordinary (styrofoam cups, plastic straws, pins, etc) and creates wonderfully organic sculpture. Taking something that is so manufactured and utilitarian and making it into something that breathes and lives on it's own is astounding. 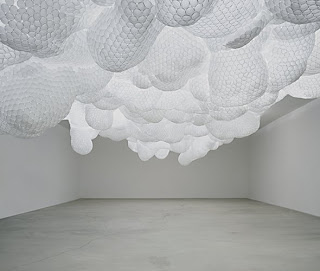 She was the inspiration for my very amateurish cups sculpture. 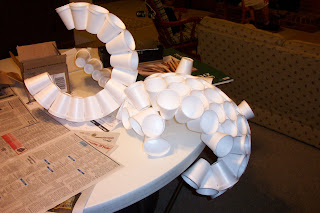 Were the world mine

The power of Shakespeare's words is that even a few lines meant to be spoken by a comic character like Bottom have power, resonance and, when set to music, can hit your very core so hard you don't even realize you're crying until it's dripped off your chin.

And I will sing that they shall hear that I am not, I am not afraid.
Posted by Jake at 6:03 PM 2 comments:

Labels: movie, were the world mine

Yawns, stretches, mmmm that was a nice nap

I have been so lax about my blogging. If I tried really hard I could justify it with some feel good stories or an anecdote of being too busy "finding who I am" or some other bullshit. But I'm lazy so I won't. To catch you up at least, here's what I've been up to during my break.

- Been to NYC twice (and thus had my heart broken and stomped on twice-that city has an abusive husband hold on me)
- Found my calling in graphic design (not that you could tell from my shitty looking blog)
- Found my other calling in art, specifically sculpture
- Been to the dentist a total of 6 times, my own personal holocaust
- Discovered who my friends really are and who in my family actually cares about me thanks to Prop. 8
- Made some killer quinoa and chicken and dumplings at least once
- Been accused of looking "too gay" because i was wearing my sparkley starred Chucks
- Got to be in a video with some fancy people - much love [title of show]!
- Made homemade puzzles with my nieces and nephew - cool uncle strikes again
- And many other fascinating adventures

So I'm not gonna promise I'll be better at posting. I can't make that promise BUT I can promise that I'll be here more frequently so that all 6 of you who have read my blog can read it again. Future installments will include: mandatory rant on Prop 8, being gay in lynchburg and art, art and more art.

No matter how hungry you are. No matter how desperate the situation may seem. And no matter how scrumdillyumptous it may sound, after 10:30 at night Taco Bell is never, Ever, EVER (and I can't stress this enough) a good idea.